Appeal for your participation by Stellenbosch Student, Beate Hölscher

My name is Beate Hölscher and I am a research student affiliated with the Centre for Research on Evaluation, Science and Technology (CREST) at Stellenbosch University (SU).

Please note: Beate is a committee member of Friends of Nylsvley, the committee has approved of her doing this survey we are sending this to you anticipating your enthusiastic support! Thanks. Marion

You are invited to participate in a survey, which forms part of my master’s degree in Science and Technology Studies, which focuses on citizen science (CS). This study has been approved by the Research Ethics Committee (project # 22302), and is conducted under the supervision of Dr C. Meyer and Prof H. Prozesky.

CS refers to the involvement of volunteers in scientific research and monitoring (e.g., the collection and analysis of data for research purposes). I have chosen the Nylsvley Woodland Bird Census (NWBC) as a case study to investigate the volunteers that have given their time and resources to make this project work for the last 21 years. In particular, I want to determine what motivates participation, and whether volunteers are likely to take part in other citizen science projects. Having myself been part of the NWBC for the last eight years, I am fascinated with the level of enthusiasm and commitment to this project, and this prompted me to study it further.

You are approached as a potential survey respondent, because you have participated in the NWBC in the past, and will therefore be able to provide valuable insights on the issues I am investigating. You are receiving this invitation through the mailing list of the Friends of Nylsvley (FON), and your contact details have not been disclosed to me.

Your participation would entail completing a survey, which I estimate should take no more than 10 minutes of your time. The questionnaire includes questions about your participation in the NWBC and other similar projects.

Before you provide consent to participate in the survey, please take note of the following:

If you are willing to participate, please click on the link below to access the survey. This will open your web browser and take you directly to the questionnaire, which you can then complete and submit online.

By clicking on the link below, you confirm that you have read and understood the information provided above, and that you agree to take part in this survey. The closing date for participation is 20 August 2021. A reminder will be sent out one week before the closing date.

For queries regarding your rights as a research subject, you may contact Ms Maléne Fouché (mfouche@sun.ac.za; 021 808 4622) at SU’s Division for Research Development.

Click here to take the survey. (if this does not open on a click, please hold in the CTR button and then click on the link)

I value your participation and thank you in advance for your time and contribution.

A Tribute to Bob Scholes 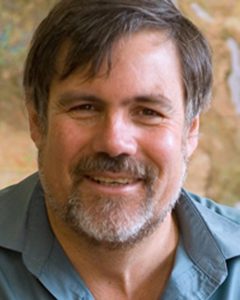 FON would like to pay tribute to Prof Bob Scholes, who passed away on 28 April 2021.

Prof Scholes had a special connection with Nylsvlei, because he was the manager of the SA Savanna Biome Programme, based at Nylsvlei, in the late 1980s. He had a particular interest in African Savannas and the dynamics between fire, rainfall, trees and grasses. In 1993 he co-authored the book which reported on the findings of this programme An African savanna: synthesis of the Nylsvley study (Cambridge University Press), which has formed the foundation of savanna science at the time.

Bob was a Distinguished Professor of Systems Ecology in the Global Change and Sustainability Research Institute (GCRSI) at the University of the Witwatersrand. He was among the top 1 per cent of environmental scientists worldwide based on citation frequency, publishing widely in the fields of savanna ecology, global change, and earth observation.

“My work is in the field of Systems Ecology or ‘big picture ecology’, and my objective is to help address major national and international problems, notably global climate change, global biodiversity loss and land degradation,” he once explained. “I’m particularly interested in a field known as Ecosystem Dynamics, which is all about how the ecosystems behave over time, especially in the presence of disturbances. Are there tipping points or thresholds that we should not cross? Where do they lie? What is on the other side?”

Scholes was one of the lead authors in the assessment reports of the Intergovernmental Panel on Climate Change (IPCC) on present and future impacts of climate change, and how we can adapt to or reduce it. In addition, he co-led a working group of the Millennium Ecosystem Assessment, co-chaired the global Land Degradation Assessment, and was co-leader of South Africa’s Strategic Environmental Assessment of Shale Gas Development.

His academic papers underpin much of what we understand of ecology and ecosystems in South Africa today and he authored many books that have become classical reference works. His reports (such as the IPCC report, the Millennium goals etc) have carried weight in policy making and in convincing decision makers of the state of the environment, and his popular writings and talks are compelling to anyone listening or reading. When he explained something, he used everyday language, very fitting analogies and direct, no-nonsense arguments, so that complex scientific issues made perfect sense. He made it sound so simple and so important to heed to. He was a top academic, being A-rated by the NRF (which means, he was amongst the top international scientists in his field, and had considerable international influence), yet he was firmly rooted in the implications that his science had on the reality of everyday South Africans. He was identified as one of South Africa’s top publicly visible scientists and he supervised and mentored many students.

Bob embodied the love of nature, ecosystem and the harmony in wild spaces, and this must have driven him to his research, as a way to speak up for ecosystems in distress. He advocated a love for the land (see this YouTube clip), not out of his scientific conviction alone, but because this is what humanity needs to survive.

“Each one of us has to start limiting our consumption of ecological resources like water, and our emissions to the environment of wastes such as carbon dioxide. We can do so without compromising our ability to live well, and by doing so will allow others – in the present and the future- to also have a good life. We need to put in place actions that change our consumption patterns, which have become life threatening. Knowledge encourages action and I have built my research on this premise.”

Private Jackie ‘the  Baboon’  of the 3rd South African Infantry

by Vincent Carruthers
May 2020
An interesting article from the Magaliesberg Association for Culture & Heritage: MACH

The Birds our Teachers
by Gordon Hay

An article of current interest by Yolan Friedmann

The novel coronavirus, COVID-19, has brought to the forefront new challenges and, therefore, opportunities in our lifetime. While we often feel invincible with our advanced technology, it is times like these that remind us we are powerless against nature. Millions of people around the world, working from home and watching the news, are stuck inside and feel disconnected from their environment. But the reality is the opposite – our impact on this planet over the past generations has a direct connection to the spread of this disease.

Deforestation and habitat reduction have driven wild animals out of their natural homes and into areas of human habitation. Continued demand for wildlife products means people encroach further into protected areas to extract wildlife and natural resources. The illegal wildlife trade, which is driven by human consumption, sees people (especially the poor and vulnerable at the lowest level of this supply chain) risking their health and safety to make a living.

As we expose ourselves to animals and plants in the wild and bring wildlife into urban areas as part of the wildlife trade, we increase the ways zoonotic diseases can hop from animals to humans. In our crowded world, viruses with high mutation rates can (relatively) quickly switch hosts in new ecosystems. In particular, the unregulated nature of illegal wildlife trade provides easy opportunities for pathogens to spread.

In 2012, journalist Jim Robbins wrote a prophetic piece in the New York Times. Disease, he observed, “is largely an environmental issue. Sixty percent of emerging infectious diseases that affect humans are zoonotic – they originate in animals. And more than two-thirds of those originate in wildlife.”

Was the decision by the United Nations to call 2020 a “super year for nature and biodiversity” also prophetic? Perhaps amongst the devastation caused by COVID-19, we will find the time and energy to consider our impact on this planet and its biodiversity. While the pandemic has delayed important international meetings on the environment and biodiversity, an increased focus on public-awareness and campaigning could bring positive impacts overall.

In February, COVID-19 drove the Chinese government to take drastic measures to stem illegal markets and ban wildlife consumption. Yes, there are loopholes that will continue to negatively impact wildlife. No, this was not a simple solution to the problems posed by illegal and unregulated wildlife trade. What remains to be seen is if consumer behaviour will change as a result of these regulations, and if pressure will reduce on some of the world’s most threatened and protected species.

Beyond the many lessons we will learn about public health and safety, we must keep in mind the impact we have on our environment. This too shall pass – and one day soon we will look back on COVID-19 as part of history. Will our attitude towards wildlife have changed? Will we have learned our lesson, and slowed exploitation of our planet’s biodiversity? Let us not take this lesson for granted and use this time to re-evaluate our actions on this planet and make sustainable choices now.

I am an ornithologist

Dedicated to Warwick and Michele Tarboton for 21 years of their support and leadership
of the Nylsvley Woodland Bird Census.